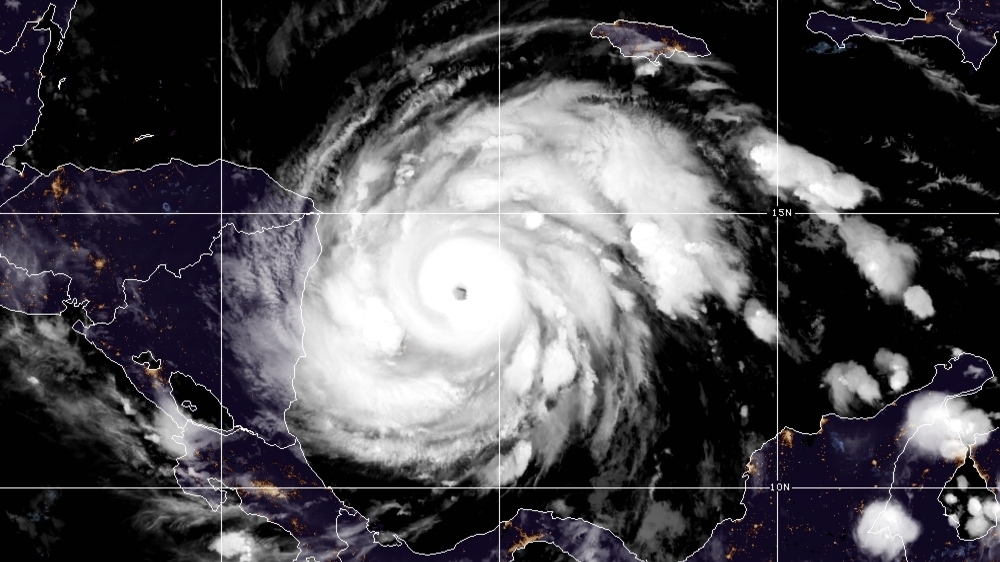 It became a risky Category 3 hurricane early Monday, and the U.S. National Hurricane Center warned it would probably reach Category 4 strength as it approached the Central America mainland late Monday.

If the forecast holds, Iota would be "only (the) 2nd Atlantic hurricane to reach Category 4 intensity this late in the calendar year on record", according to Colorado State University meteorologist Phil Klotzbach.

Iota was moving west at 10 mph early Monday and was about 20 miles northwest of Isla de Providencia, Colombia and about 145 miles southeast of Cabo Gracias a Dios on the Nicaragua-Honduras border, according to the National Hurricane Center. Hurricane Eta, which made landfall in Nicaragua earlier this month as a Category 4 storm already wreaked havoc, killing at least 120 people in flash floods and mudslides in parts of Central America and Mexico before crossing Cuba and slicing through Florida.

Catastrophic wind damage is expected where Iota's eyewall moves onshore within the Hurricane Warning area in Nicaragua tonight with tropical storm conditions expected by this afternoon.

Iota strengthened to a Category Two out of five on the Saffir-Simpson wind strength scale Sunday as it tracked westward over the Caribbean towards the Nicaragua-Honduras border.

This same area was devastated by Hurricane Eta on November 3, which barreled ashore in coastal Nicaragua near Honduras, at Category 4 strength. Some areas could get a storm total of 20-30 inches of rain.

Iota has intensified over the western Caribbean on approach to Nicaragua and Honduras.

Authorities in Honduras on Friday ordered police and the army to evacuate the area of San Pedro Sula - the country's second city and industrial capital, located 110 miles north of Tegucigalpa.

Wind and rain were beginning to be felt Sunday night in Bilwi, a coastal Nicaraguan city where people crowded markets and hardware stores during the day in search of plastic sheeting, nails and other materials to reinforce their homes, just as they did when Hurricane Eta hit on November 3.

Authorities have ordered people to leave the area, but many are refusing to leave out of fear of catching Covid-19.

Costa Rica and Panama are forecast to see 4 to 8 inches of rain, with isolated areas possibly seeing up to 12 inches. Such activity has focused attention on climate change, which scientists say is causing wetter, stronger and more destructive storms. Theta, the 29th, was weakening over the far eastern Atlantic Ocean.

"Reconnaissance aircraft finds Iota has strengthened into the thirteenth hurricane of the 2020 Atlantic hurricane season", it tweeted.