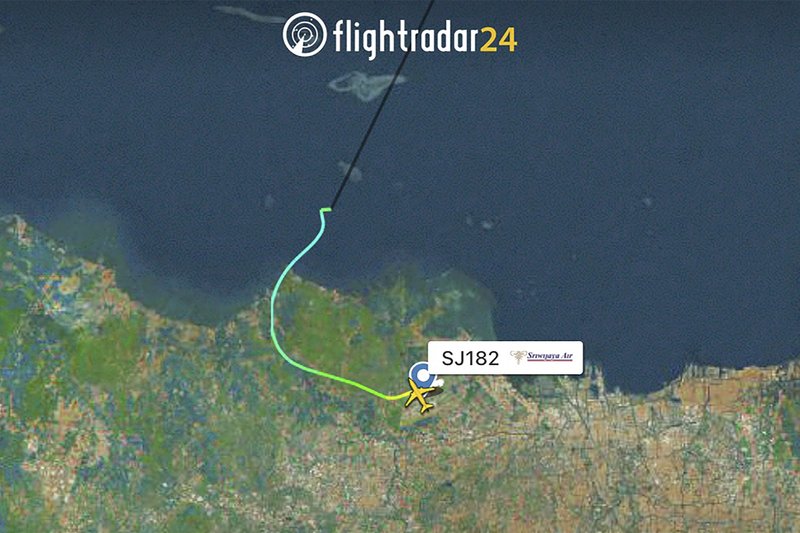 The last data signal from the aircraft was at 2:40 p.m., at an altitude of 250 feet, according to FlightRadar24, which cites commercially available flight data that airplanes transmit to ground receivers and satellites. It had 56 passengers on board, along with two pilots and four cabin crew, MetroTV reported. The flight time between Jakarta and Pontianak is usually 90 minutes.

The authorities have started search and rescue operations for the missing plane with the National Search and Rescue Agency and the National Transportation Safety Committee, according to ministry spokesman.

According to local media reports, fishermen have reportedly found what may be debris of an aircraft north of Jakarta in the Thousand Islands.

The aircraft involved was built in 1994 and first operated for Continental Air Lines as N27610.

Indonesian soldiers stand near a crisis centre set up after the plane went missing.

"We are working to gather more information", they said. So it is hard to see around clearly. This plane formed part of the 737 Classic series, the second generation of 737, which was built during the 1980s and 1990s.

Jefferson Irwin Jauwena, the chief executive of Sriwijaya Air, said on Saturday night that "that are very concerned about this incident".

This is reported by the TV news service TSN, referring to the Indonesian newspaper Merderka.

An Indonesian plane lost contact shortly after take-off from a Jakarta airport on January 9.

The twin-engine, single aisle Boeing 737 is one of the world's most popular planes for short and medium-haul flights.

What type of plane was this? .

In March 2019, an Ethiopian Airlines Flight 302 crashedafter taking off from Addis Ababa.

Indonesian Transport Minister Budi Karya told a news conference that 62 people had been aboard Flight SJ 182, including 12 crew.

The plane is not a 737 Max, which was recently recertified to fly again after two major crashes in recent years.

The suspected crash site is near tourist islands just off the coast of Indonesia's sprawling capital.

And in December 2014, an AirAsia flight from Surabaya to Singapore crashed into the sea, killing 162 people.