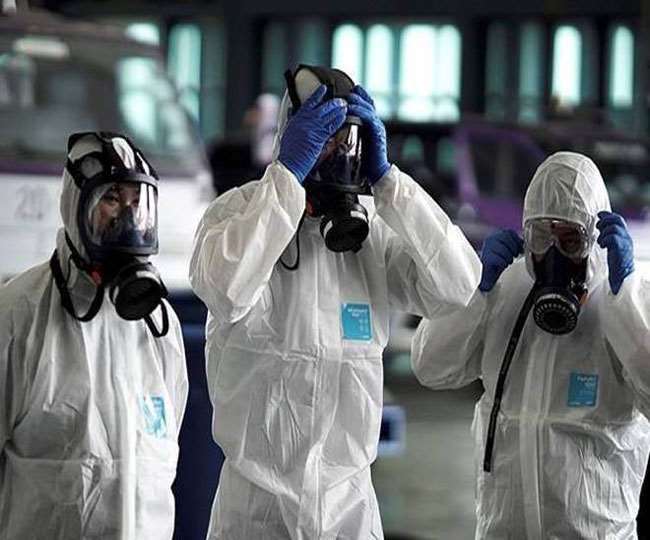 India's daily deaths due to Covid are also rising with 1,038 new deaths reported on Thursday, the second consecutive day with over a thousand deaths.

The total case load reached 14.1 million, only second to the United States, which leads the global tally with 31.4 million cases. "We are a 900-bed hospital, but there are about 60 patients waiting and we don't have space for them", said Avinash Gawande, an official at the Government Medical College and Hospital in Nagpur, a commercial hub in Maharashtra.

Maharashtra, home to the financial capital of Mumbai, began a lockdown at midnight to rein in the spread of disease, a move that spurred a rush to stockpile essential items in advance. A senior doctor at the Delhi government-run Rajiv Gandhi Super Speciality Hospital, which has been turned into a fully Covid hospital again, said there has been a massive surge in number of patients at the facility in the last few days. "This time the number is very high and increasing very rapidly, going (at a) very fast speed, so the situation is really alarming", said LNJP Medical Director Suresh Kumar. "All sick patients, all severe patients", Kumar added.

Despite injecting about 113 million vaccine doses, the highest figure worldwide after the United States and China, India has covered only a small part of its 1.4 billion people.

As the second wave of Covid-19 intensifies, India's federal government has urged citizens, who eligible to take the coronavirus vaccine, to get shot as soon as possible. Delhi had recorded 10,774 cases on April 11, overtaking the highest daily surge till the third wave, registered on November 11 - 8,593 cases - was reported on November 11, while on November 18, the city had recorded 131 Covid-19 deaths, the highest single-day fatality count till date.

Outside a major city mortuary, weeping relatives gathered in the hot sun to wait for the bodies of loved ones to be released.