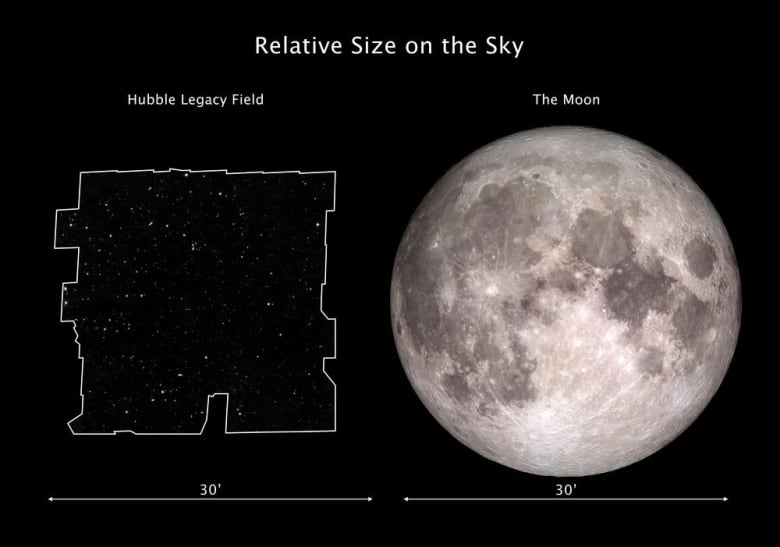 These galaxies go back 13.3 billion years to 500 million years after the big bang, showcasing how they have changed over time.

The University of Connecticut's Katherine Whitaker is part of a team of astronomers who have put together the largest and most comprehensive "history book" of the universe from 16 years' worth of observations from NASA's Hubble Space Telescope.

"This one image contains the full history of the growth of galaxies in the universe, from their time as "infants" to when they grew into fully fledged "adults"," said Garth Illingworth of the University of California, Santa Cruz, leader of the team that assembled the image.

The scientists are working on a second set of mosaic images that combines more than 5,200 captures by the Hubble telescope from another area of the sky.

The Hubble Space Telescope has been an essential tool in helping us understand our origins, peering back in time as it photographs the most distant objects in our universe.

"With images at so many frequencies, we can dissect the light from galaxies into the contributions from old and young stars, as well as active galactic nuclei".

The first of these surveys was the 1995 Hubble Deep Field survey, followed by the 2004 Hubble Ultra Deep Field and the 2012 Hubble eXtreme Deep Field. Those instruments will include NASA's Wide Field Infrared Survey Telescope and James Webb Space Telescope.

The new mosaic captures roughly 30 times as many galaxies as any previous deep-field view and spans nearly the width of the full moon, according to the NASA statement.

In the case of the Hubble Ultra Deep Field, the image captured 10,000 galaxies.

The image yields a huge catalog of distant galaxies.

This graphic reveals close-up images of 15 galaxies from the 265,000 galaxies in the Hubble Legacy Field.

"Such exquisite high-resolution measurements of the numerous galaxies in this catalog enable a wide swath of extragalactic study", said Dr. Katherine Whitaker, an astronomer at the University of CT, in Storrs.

The Hubble observes ultraviolet wavelengths, which the atmosphere filters out, and it collects visible light.

The vast number of galaxies in the Legacy Field image are also prime targets for future telescopes. If Hubble had taken the images in one back-to-back observation, it would have lasted 250 days.

Dr Van Dokkum said astronomers hope to expand the multi-wavelength range of the images NASA's planned Wide Field Infrared Survey Telescope which will allow it to explore an even wider area of space than HLF. The galaxy was received "Hubble" to study the Central regions 145 a nearby spiral galaxies.