How the Queen managed to safely appear in public 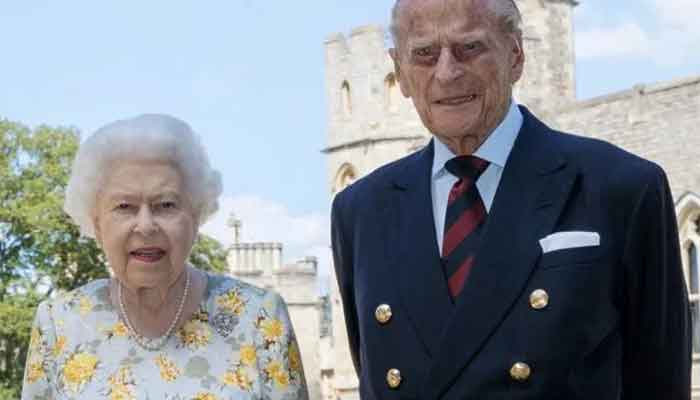 The Queen has carried out her first public engagement outside of royal grounds since the coronavirus pandemic began.

The 94-year-old referred to COVID-19 as "this disgusting new thing".

The Queen and Prince William's landmark engagement was carried out under careful measures - with all of those coming into close contact with the Queen and the Duke - 48 people - having been tested for Covid-19.

It is a rare joint engagement for the Queen and Duke, who only generally appear together at family or major ceremonial occasions.

The Queen also arrived by helicopter separately from the duke, who travelled by auto.

The Queen and the Duke of Edinburgh are reportedly within a special "bubble" with their household staff, in order to try and resume normal routine despite coronavirus.

The two royals maintained strict social distancing, arriving separately by helicopter, but Buckingham Palace did confirm that their decision not to wear a mask was by choice rather than any related health issue.

HELLO! understands that specific advice has been sought from the Medical household and all relevant parties and all necessary precautions taken, working closely with the laboratory ahead of the visit.

The Queen was moved to Windsor Castle from Buckingham Palace in the week lockdown started in the United Kingdom in March. Ship also noted that all the laboratory staff was tested for the virus before the Queen's arrival, and the test results came back as negative.

As coronavirus swept across the United Kingdom, she and her husband Prince Philip, 99, retired first to Windsor Castle west of London, as a precaution due to their age.

The Queen was last at an official public engagement outside of a royal residence when she joined the royal family for the Commonwealth Day service at Westminster Abbey on March 9. "The Queen's first official engagement away from a royal residence for the first time in seven months delivers a visible and timely reassurance that daily life can continue during the pandemic in a modified form, even for someone in their 95th year".

The monarch travelled to Balmoral for her private summer break and then spent a few weeks in Sandringham before returning to Windsor on October 6. The Defence Science and Technology Laboratory was involved in dealing with the Salisbury Novichok nerve agent attack in 2018.

In recognition of their work, the duke was presenting the Army's Headquarters South West with the Firmin Sword of Peace for going above and beyond their normal duties in the community.