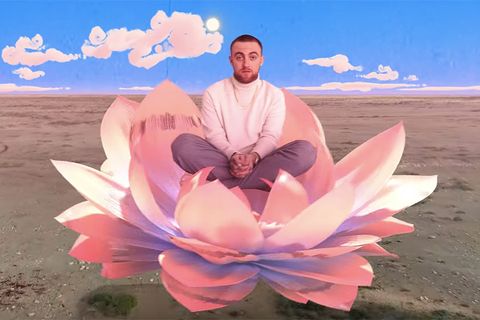 The biggest news of the week was, no doubt, the announcement of a new, posthumous album from Mac Miller.

The song is pulled from his upcoming posthumous record Circles, which is meant to be a companion to Swimming, the album Miller released shortly before his death.

Miller released his album Swimming, which also featured collaborations with Brion, in August 2018. "The fact of having to write this feels surreal". Together, they'd complete a concept: Swimming in Circles.

Miller, actual title Malcolm McCormick, had been collaborating with producer Jon Brion on the venture, and he was invited to assist full the tunes following the hip-hop star's dying in September, 2018. "At the time of his passing, Malcolm was well into the process of recording his companion album to 'Swimming, ' entitled 'Circles'". "We are eternally grateful to Jon and to those who ave their best to the hard and emotional task of putting out this body of work".

"It is a sophisticated course of that has no proper reply". Thank you to all the fans who've supported him unconditionally through the years. From there, we're transported into an abstract world that uses motion collage to take us through animated landscapes, with familiar Mac imagery peppered throughout. The expression on his face when everyone listened said it all.