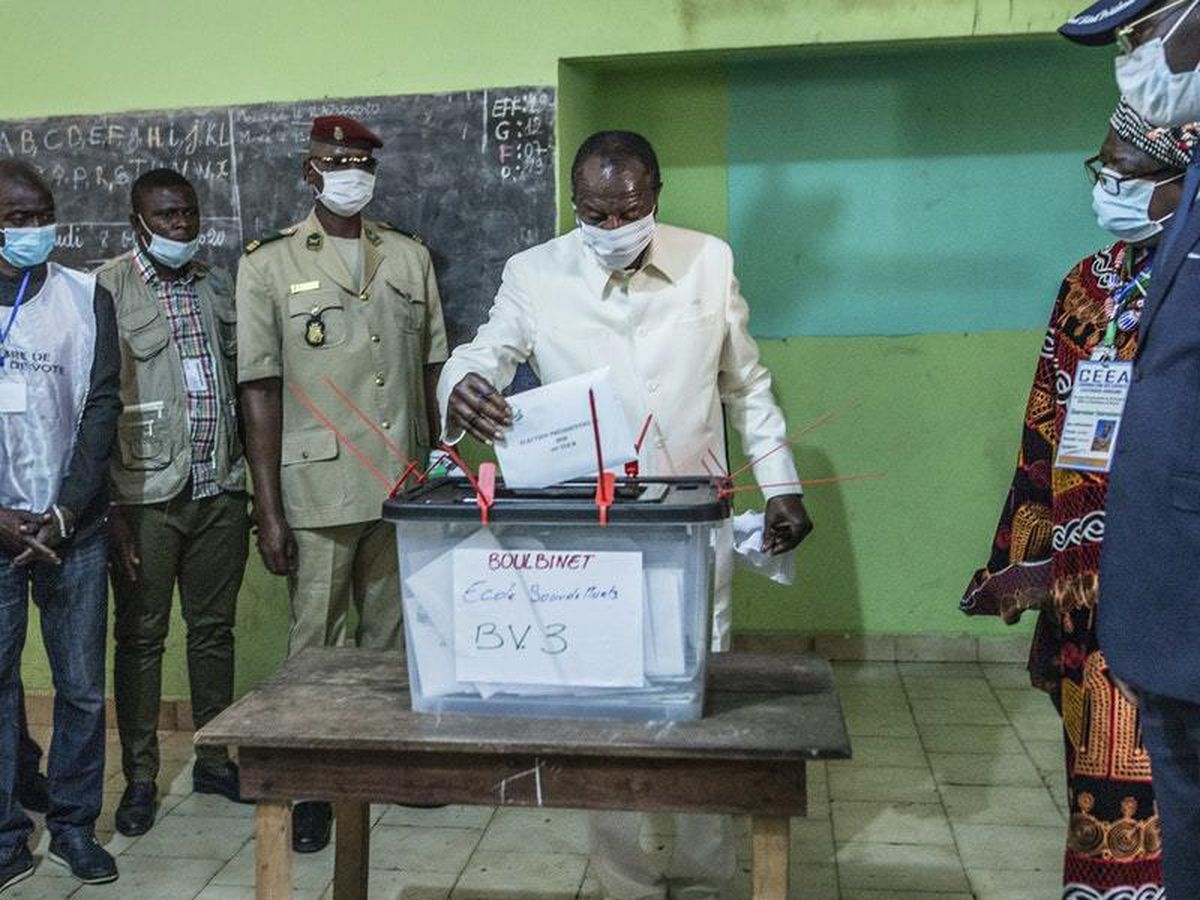 Guinea has been in a deep political crisis for the past year, with mass protests against Conde's re-election bid violently put down and dozens of people killed by security forces.

Doubting the independence of the electoral authority, Diallo, 68, had on Monday declared himself victorious before the results were announced - which triggered confrontations between his supporters and security forces. Now, those clashes have spilled onto the streets of France, as people gathered outside Guinea's embassy in Paris to protest against the incumbent president.

Since the vote, at least nine people have been killed in the West African country.

While Guinea's independent national electoral commission (CENI) declared the provisional tally, the constitutional court must still sign off on the result.

Guinea's security forces have surrounded Diallo's residence, prompted the opposition leader to post a video on Twitter, saying he was captive in his home while "young Guineans fall under the bullets of the defense and security forces".

The disputed results caused clashes in opposition areas of the country, with supporters of Diallo getting injured and setting furniture on fire during skirmishes that have been ongoing since the election.

With 37 of 38 electoral districts counted, Conde, received 2.4 million votes, versus 1.26 million for his rival Diallo, Reuters news agency reported. But it also allowed him to bypass a two-term limit for presidents.

Conde, a former opposition leader who was sentenced to death in 1970 by Marxist President Sekou Toure, finally won the top job in 2010. Conde was elected President of Guinea in 2010.

"We are ... continuing to closely monitor developments on the ground".

"I wish to repeat this important reminder: anyone who commits, orders, incites, encourages and contributes in any other way to crimes.is liable to prosecution either by the Guinean courts or the ICC", she said.

The campaign was fraught with tension ahead of the vote.

"We are satisfied with the first results which give us hope and confidence for a certain victory", Conde spokesman Tibou Kamara told Reuters.

Guinea's politics are mainly drawn along ethnic lines: the president's base is mostly from the ethnic Malinke community and Diallo's from the Fulani people.