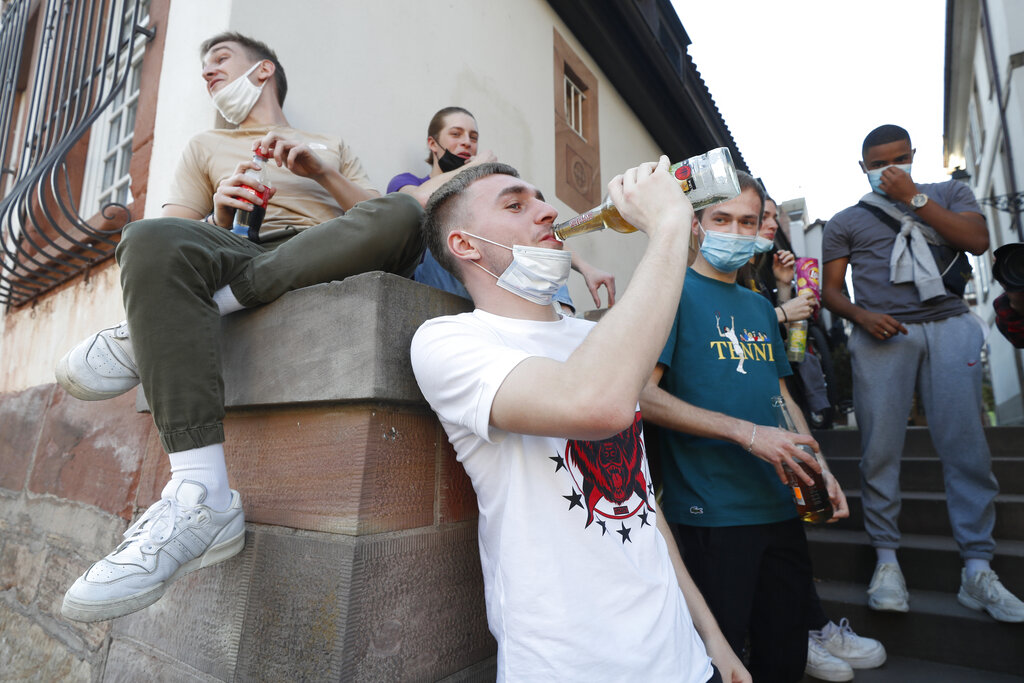 But he stopped short of demanding people stay in their homes or avoid socialising completely, and authorised people to move between regions over the upcoming Easter weekend.

The new variant first detected in the United Kingdom has created an "epidemic within an epidemic" and it is more contagious and deadly, he said.

Macron said unlike the first confinement last spring, people who leave their homes will not have to fill out a form with the time, date and objective of their outing.

Specifically on vaccines, "there were delays, there were things that we have corrected", he added.

Brazil's Sao Paulo extends "Red Phase" amid Covid-19 surge Brazil's São Paulo has extended its so-called "Red Phase" of coronavirus restrictions for another 15 days. His administration has until now favored regional restrictions instead of the strict national lockdowns imposed in other European nations, against the advice of France's scientific council.

France will widen strict lockdown restrictions - which have already been in place in several regions - to the whole country to combat a third wave of coronavirus sweeping Europe.

Paris Mayor Anne Hidalgo has already called for schools to close in Paris, saying that the situation is "disorganised and very serious", with around 20,000 pupils already not in school due to illness or class closures. "I hope we do not have to make choices" between patients.

"These last few weeks, we have faced a new deal", he added, referring to the spread of new variants.

Not locking down in January meant "we gained precious weeks of liberty, weeks of learning for our children, we allowed hundreds of thousands of workers to keep their head above water, without losing control of the epidemic", he argued.

Macron also said he would announce a much-awaited roadmap for the reopening for cultural sites, restaurants and cafés from mid-May.

At stake in France's current crisis is above all the health of almost 70 million people and the fate of the eurozone's second-biggest economy, but also Macron's political future one year from presidential elections.

The number of COVID-19 patients in intensive care has breached 5,000, exceeding the peak hit during a six-week-long lockdown late past year.

After an overnight shift at an ICU in the northern French city of Amiens, Dr Pauline Caillard described growing numbers of patients and mounting strain on medical staff. French President Emmanuel Macron has ordered the country into a third lockdown because of the continued spread of COVID-19.

Only 12 per cent of the population has received a first dose, leaving the vast majority of French citizens still vulnerable to the disease.

Veterinarians and dentists have been allowed to administer Covid-19 vaccines in the country since Friday in order to "speed up the campaign".