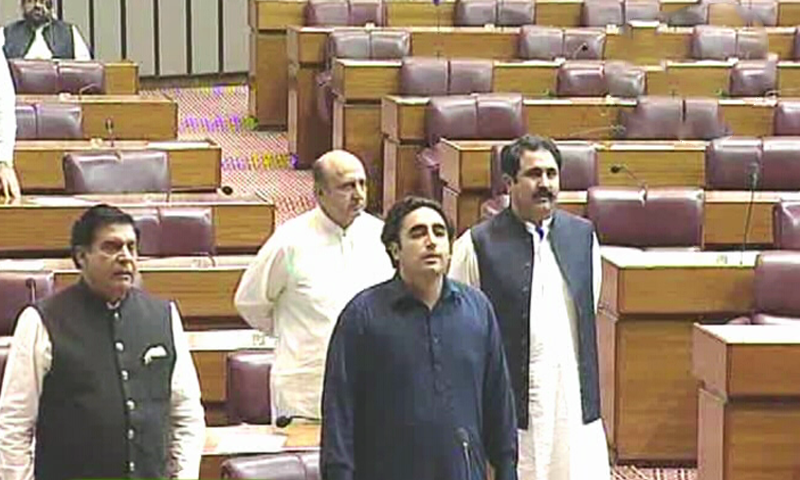 The arrest came hours after the court refused to extend bail granted to Zardari and his sister Faryal Talpur.

However, his sister Faryal was so far not arrested.

The lower house witnessed scenes of chaos as opposition members chanted slogans against the government when deputy speaker Qasim Suri gave the floor to Railways Minister Sheikh Rashid instead of PPP Chairperson Bilawal Bhutto-Zardari. The country's anti-corruption watchdog, National Accountability Bureau, had issued arrest warrants against him on Monday.

Last year, authorities discovered several accounts in the name of poor people that had been flooded with cash, then suddenly emptied.

Never popular and always shrouded in controversy, Zardari - who was once jailed for 11 years for corruption - stepped down from the president s office in 2013.

The two leaders now have the option of appealing the order in the Supreme Court.

The arrest comes as the economy continues to spiral and discontent simmers in Pakistan following repeated devalutions of the rupee, soaring inflation, and rising utility prices.

A former businessman and a polo-playing playboy in his younger days, Zardari swept to power in 2008 following a wave of sympathy following the murder of his wife, Benazir, a two-time premier, by Islamist militants in a suicide attack.