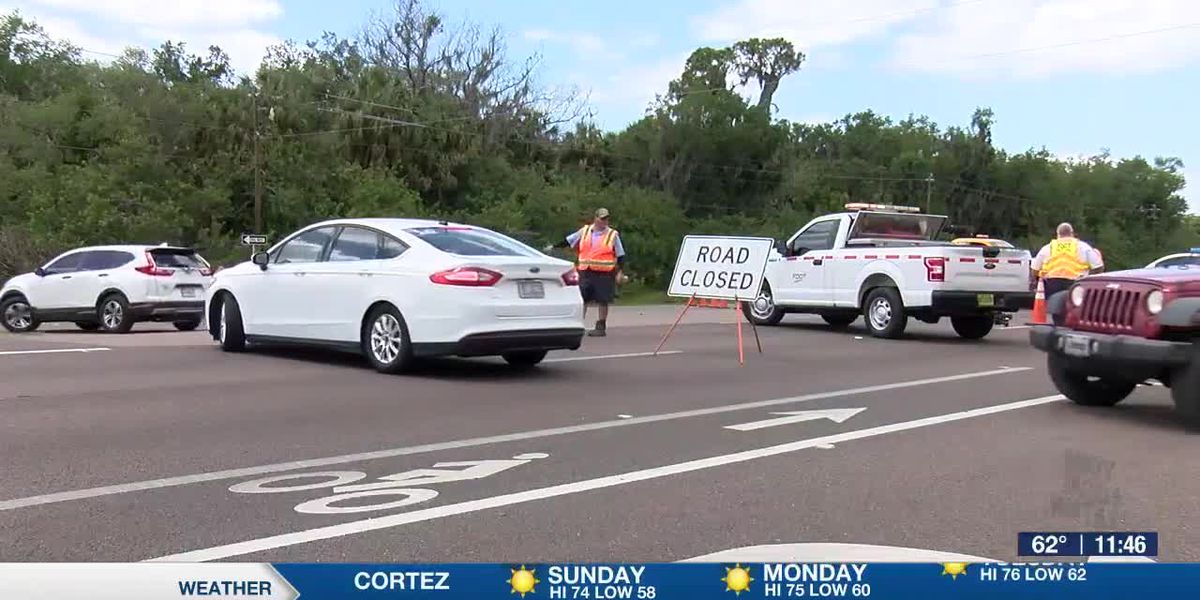 Attempts to fix the leak late on Friday, by plugging the hole with rocks and other materials, were unsuccessful.

As a precaution, workers are trying to plug breaches in the reservoir as well as pumping out thousands of gallons of water to minimise the threat.

The evacuation order covers a half-mile radius south and a mile north of the abandoned Piney Point fertilizer plant wastewater holding reservoir, which could potentially dump hundreds of millions of gallons of wastewater on the surrounding neighborhoods, FOX 13 of Tampa reported.

Engineers said the structure collapse could happen any time, which would flood the area - and Tampa Bay itself - with water that contains phosphorus and nitrogen from the phosphate plant.

Manatee County Administrator Scott Hopes told a press conference that there were concerns the water could flood the area, which is mostly agricultural.

By declaring a state of emergency, funds can be released to send more pumps and cranes to the area.

The owner, HRK Holdings, did not respond to a request for comment on Saturday.

Crews have been discharging water since the pond began leaking in March. "It's sustaining wildlife. That's not the case for the other two pools", he said, adding the wastewater in the other ponds would need to be treated to reduce ammonium content and other materials.

Hopes said he could not rule out that a full breach could destabilize the walls of the other ponds at the Piney Point site.

Nikki Fried, the Florida agriculture commissioner and the only elected Democrat in statewide office, warned of an "environmental catastrophe" and called on DeSantis - who described the toxic water as "mixed saltwater" in a tweet announcing the state of emergency - to hold an emergency cabinet meeting to discuss the state's response.

"We are closely monitoring the ongoing situation and are in close communication with Governor DeSantis' office, as well as the Florida Department of Environmental Protection", she said in an e-mail.

In 2016, more than 200 million gallons of contaminated waste water from another fertiliser plant in central Florida leaked into one of the state's main aquifers after a massive sinkhole opened up in a pond of a phosphogypsum stack.