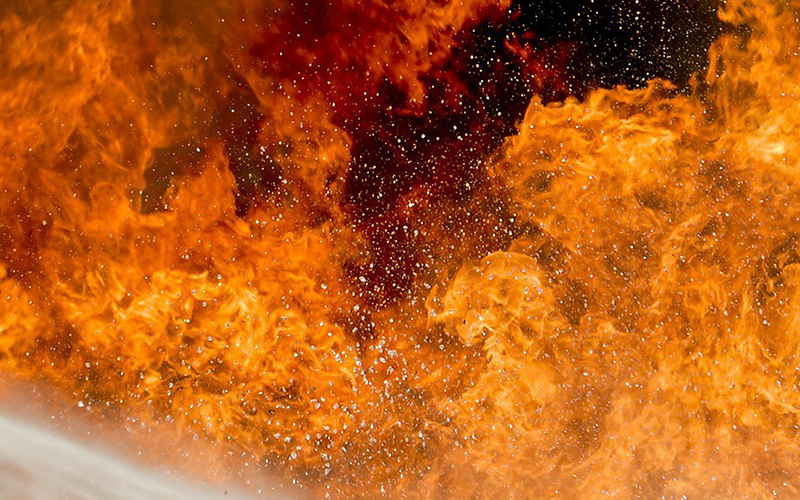 The Iraqi Human Rights Commission denounced a "crime against patients exhausted by Covid-19 who put their lives in the hands of the health ministry and its institutions".

Officials are still trying to figure out how many were wounded in the explosion at Ibn al-Khatib Hospital, but they say there are "many".

People from all over Iraq are referred to the hospital in southeastern Baghdad, including many with Covid-19.

Iraq is in the midst of a severe COVID-19 wave.

One of the victims of the fire, Ali Ibrahim, 52, had been treated for Covid-19 at Ibn al-Khatib and was buried by his family on Sunday at Zaafaraniya, a neighbourhood near the hospital.

A fire tore through a Baghdad hospital dedicated to caring for coronavirus patients early this morning, reportedly after oxygen cylinders exploded. Others died of smoke inhalation. Iraqi authorities have not released to an official casualty count.

Social media videos showed a chaotic scene as firefighters scrambled to put out the blaze and health workers tried to evacuate patients.

The fire, which according to several sources was caused by negligence, often linked to endemic corruption in Iraq, immediately sparked anger on social media in the country.

Kadhemi responded by calling for "an investigation" - echoing President Barham Saleh and parliament speaker Mohammed al-Halbousi - and said he wanted results "within 24 hours".

The UN's top representative in Iraq, Jeanine Hennis-Plasschaert, expressed "shock" at the tragedy and called "for stronger protection measures to ensure that such a disaster can not reoccur". The country has recorded a total of 10,25,288 infections, including 15,217 deaths, the health ministry said on Saturday.

Many ambulances were rushing towards the hospital, ferrying away those hurt by the fire, a Reuters photographer nearby said.

As of Wednesday, 274,343 people had received at least one dose, the ministry said.

Although Iraq has received numerous vaccines, through government purchases and foreign donations, demand for the shots remains sluggish.