Farmers mass in Indian capital ahead of Republic Day protests 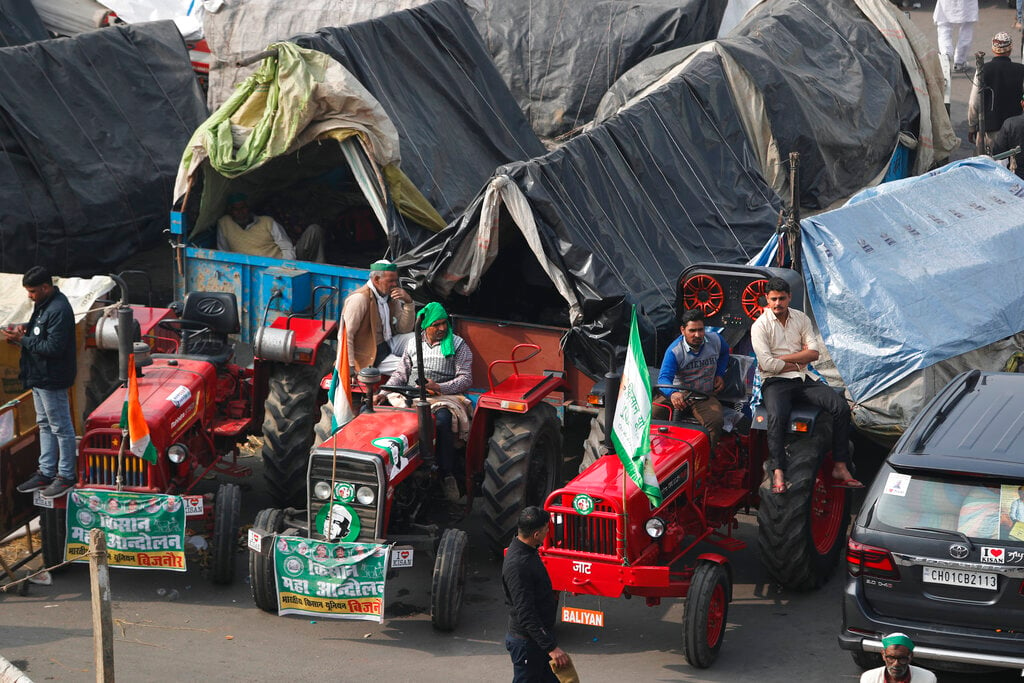 Farmers protesting against three farms laws introduced by the central government held a mega tractor rally in the national capital on Tuesday.

State protest leader Ashok Dhawale said: "We are here to support farmers in Delhi, to highlight that farmers across the country are against the farm laws". While few cops are sitting on chairs, others are trying to bring down certain flags which the protestors have hoisted.

Nine rounds of talks between the government and the farmers' unions have failed to end the protests, with farm leaders rejecting the government's offer to delay the laws for 18 months, as they push for repeal.

Although the demonstrations have hurt the government, the scenes on Tuesday of unruly farmers may undermine their cause, according to Asim Ali, a New Delhi-based researcher at the Center for Policy Research.

"We also condemn and regret the undesirable and unacceptable events that have taken place today and dissociate ourselves from those indulging in such acts", the group of farm unions said in a statement.

Police in New Delhi fired tear gas at protesting farmers after they broke through barricades on Tuesday.

Farmers attempt to break police barricade as they try to march towards Delhi near Nangloi during the Kisan Gantantra Parade.

"As per agreement, they were supposed to start their parade at the time specified but they forcefully entered Delhi and are now peacefully sitting at Mukarba Chowk".

"We will follow the instructions of our leaders and conduct a peaceful march", said Sukhjinder Singh, a 30-year-old protester from Punjab at Singhu, one of the main protest sites.

"Except for one group.our news is that all parades are happening on the pre-decided routes along with police", they said.

Tens of thousands of farmers have camped on the outskirts of the capital since November, protesting against the new laws which the government says will boost rural incomes.

The police had to resort to tear gas shell firing and mild lathi-charge to contain the tractor rally and the protesters who have defied the agreement with authorities and police of three states - Delhi, Haryana and Uttar Pradesh.

Patrolling has been intensified at power substations in Delhi following a threat from the banned Sikhs for Justice outfit to disrupt the city's supply during the Republic Day celebrations. Facial recognition systems have also been set up at vantage points for suspect identification, the official said. Prime Minister Narendra Modi's ruling nationalist party has previously come under fire for passing legislation considered discriminatory against the country's large Muslim population.

Tens of thousands of bearded and turbanned farmers, many bundled against the winter cold, began the day in a convoy of tractors festooned with Indian and union flags along the city's fringes.