Extinction Rebellion 'opening ceremony' ahead of two weeks of protests 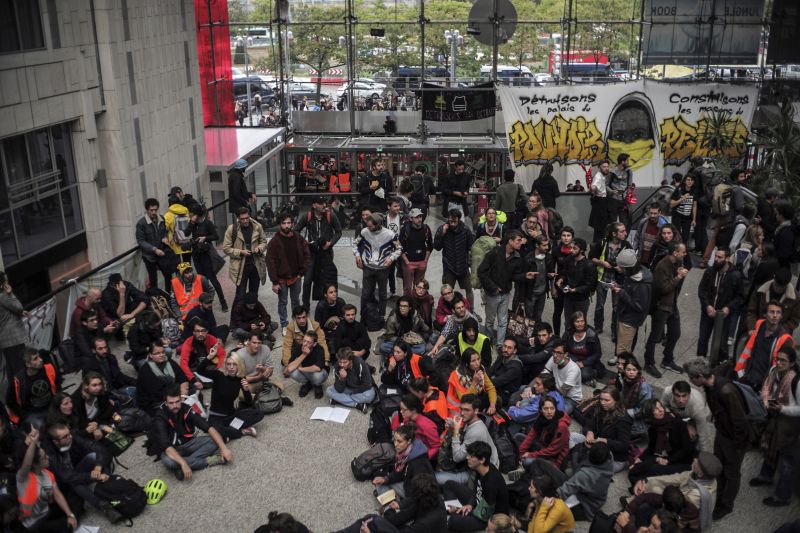 Climate protesters in Australia and New Zealand have blocked roads and entered banks and energy companies as part of Extinction Rebellion's planned week of action.

On Saturday the group criticised the Metropolitan Police for alleged pre-emptive arrests and the confiscation of apparatus together with gazebos and beanbags.

As police loaded the protesters into a paddy wagon, other Extinction Rebellion members taunted with cries of "job well done" and "too many cops, not enough justice".

Extinction Rebellion specifically wants governments to "tell the truth" about climate change by declaring a climate and ecological emergency.

Thirty climate activists have been arrested in Sydney at the start of a week-long mission to make a ruckus across the nation, with campaigners claiming there needs to be a "massive disruption".

Extinction Rebellion spokeswoman Zoe Jones, 24, confirmed the protest will last two-weeks with activists willing to get arrested in order to raise awareness for the "climate emergency".

Police were called to the scene.

Extinction Rebellion also occupied the intersection of Government and Belleville streets on September 20 from 2 p.m.to 10 p.m., following a student strike for climate change action on the legislature lawn.

Extinction Rebellion Ireland will today begin a week of "non-violent direct actions" starting at 1pm at the gates of the Dáil, which is expected to draw large crowds.

Venetia said: "It's testament to the way they think we are an effective force that they think they have to intervene at that level".

"It's pressure and it's the only way we know to save my kids, your kids if you've got any".

In the northern Australian state of Queensland, home to huge coal mines and Dutton's electorate, harsher penalties are being considered in response to the regular disruption of peak-hour traffic.

Organisers have planned to shut down key sites in central London, in addition to protesting outside government departments. 14-year-old protestor Grace Maddrell said: "I'm here today because I am angry that no one is doing anything to save my future".

In Delhi, one of the world's most polluted cities, dozens of protesters staged another preliminary event on Sunday by holding a "die-in" on a road in the heart of India's capital.

"We absolutely understand concerns", he said.

It also wants them to prevent biodiversity loss and reduce greenhouse gas emissions to zero by 2025 and let the public drive decisions on climate change through a citizens' assembly.