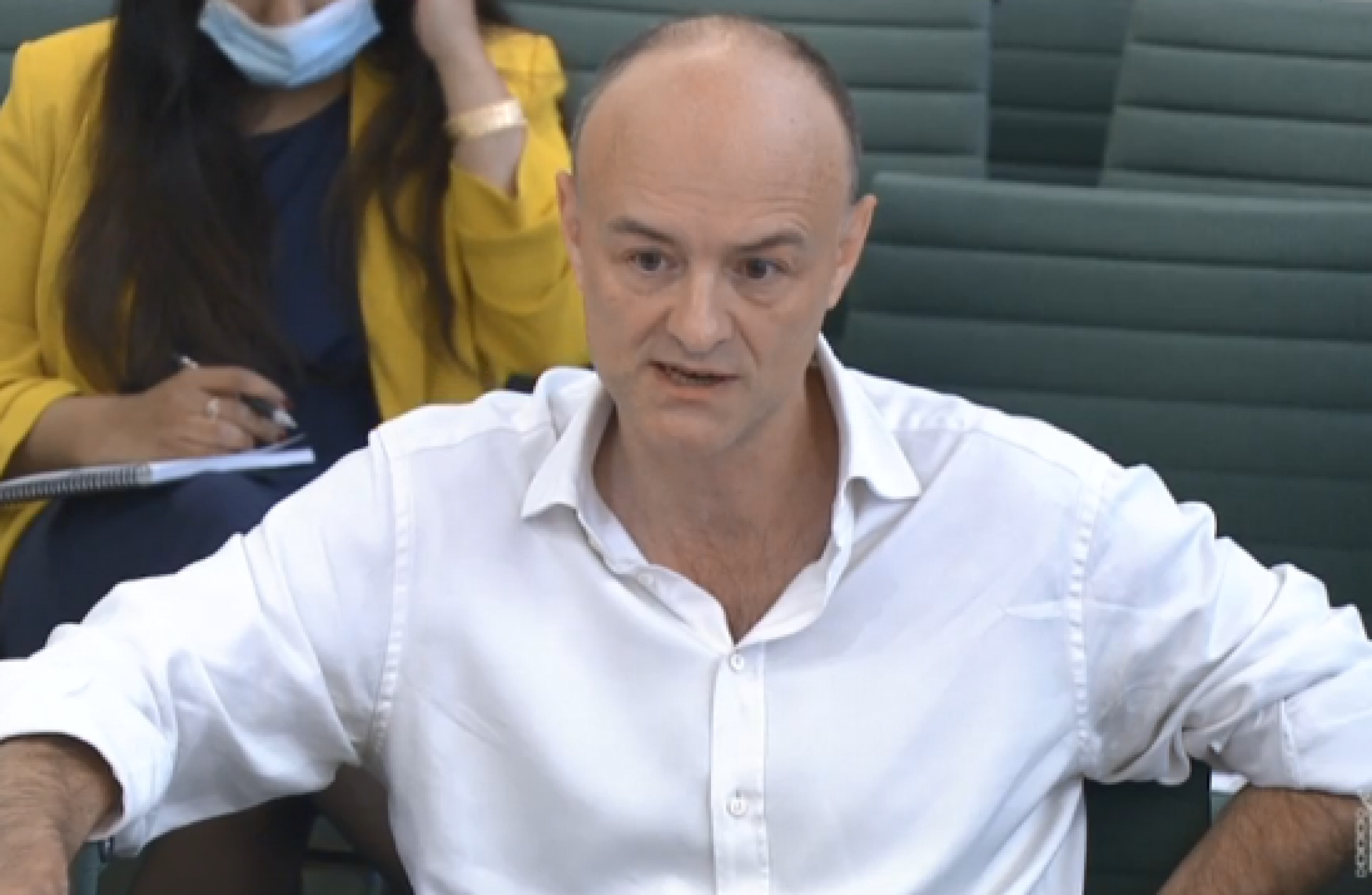 Mr Cummings said the Conservative leader initially branded coronavirus "a scare story", was consumed by issues in his private life and too reluctant to impose a lockdown in March 2020 because of the economic impact.

"The view of lots of people was if the PM said it's just like swine flu, don't worry about it, I will get [chief medical officer] Chris Whitty to inject me live on TV with it, that would not help".

Cummings, who left Johnson's government a year ago, apologised for his own failure to act earlier to prevent the more than 120,000 people in the United Kingdom who have died of the coronavirus, saying the government was "lions led by donkeys".

Weeks later, Johnson announced on March 27 that he had tested positive for COVID-19 - leading to a spell in intensive care during which he nearly died, he later admitted.

"Tens of thousands of people died who didn't need to die".

Even as the scale of the crisis became clearer by early March, the government stuck to what Cummings described as a weak plan to manage the virus rather than attack it in the hard-hitting way that China and others in East Asia were doing.

"We absolutely reject Mr Cummings' claims about the Health Secretary", the spokesman said.

Cummings left his job in November amid a power struggle inside the prime minister's office.

"The truth is that senior minister, senior officials, senior advisers like me, fell disastrously short of the standards that the public has a right to expect of its Government in a crisis like this", Cummings said.

He related meetings in early 2020 when it started to dawn on some officials that Johnson's resistance to a lockdown was a deadly mistake.

Senior figures including Cummings felt that unless Hancock were dismissed and failures in Covid testing rectified, "we are going to kill people and it will be a catastrophe".

Cummings made headlines in May 2020 when newspapers revealed he had driven 250 miles (400 kilometers) across the country after contracting COVID-19, despite a nationwide stay-at-home order.

Reuters has reported how Britain was slow to spot the infections arriving, was late with a lockdown and it continued to discharge infected elderly hospital patients into care homes.

Cummings repeated an allegation, which Johnson has denied, that the prime minister late a year ago said he would rather "let the bodies pile high" than impose a second lockdown.

There was no data system to deal with Covid, no way to understand its spread and there was "not even a plan to bury all the bodies", Cummings said.

"I take full responsibility for everything that has happened", Johnson told lawmakers on Wednesday.

He has pointed to Britain's rapid vaccination programme as a success that will allow the economy to rebound before its peers.