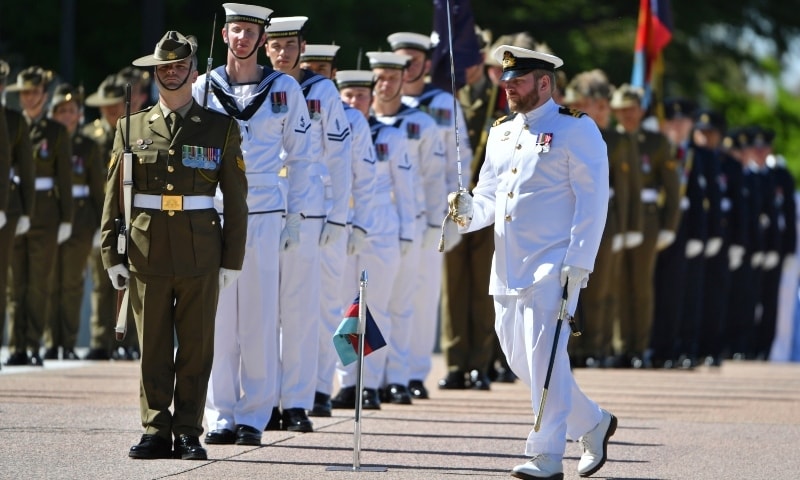 Australia's top military officer on Thursday (Nov 19) admitted there was credible evidence that his special forces unlawfully killed at least 39 Afghanistan civilians and prisoners, recommending the matter be taken up by a prosecutor investigating alleged war crimes.

Calls to uncover the truth had been mounting after Australian media reported the alleged killing of civilians by Australian troops.

"Such alleged behavior profoundly disrespected the trust placed in us by the Afghan people who had asked us to their country to help them", Campbell said.

"To the people of Afghanistan, on behalf of the Australian Defence Force, I sincerely and unreservedly apologize for any wrongdoing by Australian soldiers, " Campbell stated, in delivering the findings.

Campbell also moved to revoke some distinguished service medals awarded to special operations forces who served in Afghanistan between 2007 and 2013.

Campbell went a step further, saying those involved had brought a "stain" on their regiment, on the armed forces and on Australia, and would be referred to the office of the special investigator for war crimes.

"These findings allege the most serious breaches of military conduct and professional values", Campbell told reporters in Canberra.

"None of these are incidents of disputable decisions made under pressure in the heat of battle", the report said.

Major Heston (retd) was recently forced to defend his unit after his platoon was accused in an ABC report of murdering an Afghan prisoner during a mission in Afghanistan in 2012 because there weren't enough seats on a helicopter.

The report said the majority of those killed, which included prisoners, farmers and other Afghan locals, were captured when they were killed and therefore protected under worldwide law.

Australian police launched an investigation against the journalists for having illegally obtained classified military information.

The revelation comes after a four year inquiry by the Australian Defence Force (ADF), which investigated 57 incidents, took testimony from hundreds of witnesses and reviewed more than 20,000 documents.

All murders were reportedly committed in circumstances that, if accepted by a jury, would account for a war crime murder.

Some of the incidents were Afghan locals who were "in no reasonable view participating in hostilities", the report found that the the vast majority were cases where the persons were killed were captured combatants or were persons under control, and "were protected under worldwide law, breach of which was a crime".

"This will be an important step in rehabilitating Australia's worldwide reputation, in particular with Afghanistan, and it is simply the right thing to do". So they would be dealt with according to Australian law.

Mr Morrison "expressed his deepest sorrow over the misconduct by some Australian troops in Afghanistan and assured the President of the Islamic Republic of Afghanistan of the investigations and to ensuring justice", according to Mr Ghani's office.

After the September 11, 2001 attacks, more than 26,000 Australian uniformed personnel were sent to Afghanistan to fight alongside USA and allied forces against the Taliban, Al-Qaeda and other Islamist groups.