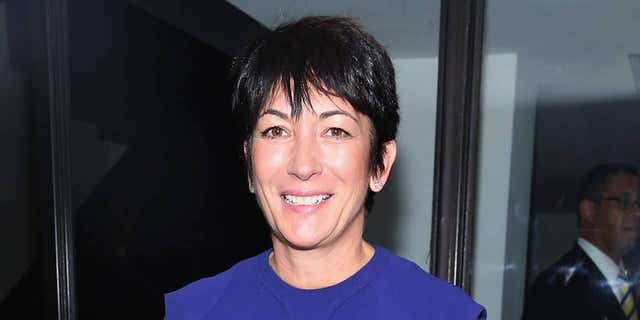 Federal attorneys filed a superseding indictment in a NY court adding counts of sex trafficking conspiracy and sex trafficking of a minor, bringing the number of charges Maxwell faces to eight.

Ghislaine Maxwell at the WIE Symposium in New York City, on September 20, 2013.

SEX TRAFFICKING CHARGES and another alleged victim have been added to a United States indictment in the criminal case against Ghislaine Maxwell as prosecutors alleged that a conspiracy to sexually abuse girls stretched over a decade.

Maxwell was arrested at a remote New Hampshire mansion in July.

The prosecutor's office declined to comment and Fox News' inquiry to the defendant's lawyers has not been returned. Maxwell has also appealed the bail rejections.

Maxwell, a USA citizen, has pleaded not guilty to charges brought a year after Epstein was arrested on sex trafficking charges.

Maxwell has said the government targeted her only because Epstein killed himself and prosecutors wanted someone else to blame, and that she was covered by Epstein's own non-prosecution agreement with federal prosecutors in Florida. The indictment said Maxwell and Epstein had an intimate relationship during those years.

She then "groomed Minor Victim-4 to engage in sexual acts with Epstein through multiple means", according to the court documents.

"Minor Victim-4" allegedly brought multiple girls, including those under 18, to provide such massages for Epstein at his Palm Beach home.

In the new indictment, prosecutors with the Southern District of NY allege that Maxwell met Minor Victim-4 at Epstein's Palm Beach residence in 2001 when the latter was approximately 14 years old.

In a letter to the judge, prosecutors said they have given Maxwell's lawyers the month and year when the fourth victim was born and key evidence about her.

But the U.S. government also promised not to bring another rewritten indictment against her if lawyers do not request to postpone a trial scheduled for July 12.