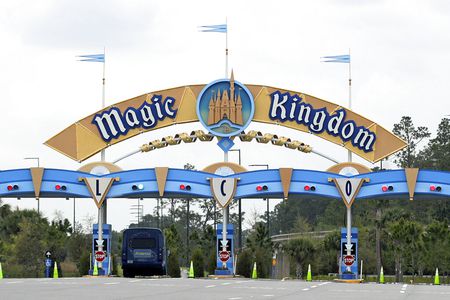 The Walt Disney Company, a mass media & entertainment conglomerate, has recently laid off 28,000 employees from the theme park business.

The layoffs apply to "domestic employees" of which about 67% are part-time.

Yet unlike the Disney theme parks in Florida, Hong Kong, Paris, Shanghai and Tokyo, the Anaheim resort has so far been unable to reopen due to the Golden State's COVID-19 restrictions.

In point of fact, in a statement issued late on Tuesday, Walt Disney Co. had been quoted saying that it had been exploring an option to lay off roughly 28,000 workers at its theme parks division in California and Florida, however, an approximated two-thirds of the layoffs would likely to involve part-time workers, said Disney officials.

DÁmaro noted that California's failure to lift restrictions that were set in place to limit the spread of COVID-19 was a contributing factor to losing revenue and that the parks being forced to shutter their doors early on during the pandemic had a lasting impact. And to see how Disney parks look different now, check out these photos from Disney World's Reopening Amid Coronavirus. The memo told employees that despite the company's efforts to reopen the parks and retain employees, it is no longer possible to keep a full staff while operating at limited capacity.

Last week, D'Amaro called on California Governor Gavin Newsom to "help us reopen" or risk the losses of tens of thousands of jobs.

The company had continued to pay health benefits for furloughed workers since April, but furlough works differently in the United States than it has done in countries like the UK.

Even when Disneyland reopens and Disney World returns to normal operations, consumers may feel uncomfortable traveling to the Magic Kingdom to stand in lines and bump elbows with other tourists. Most of these employees have already been furloughed since April, able to collect health benefits while they are away, but no actual salary.

Oct 02 2020
The flu shot should be considered essential this year: state health experts