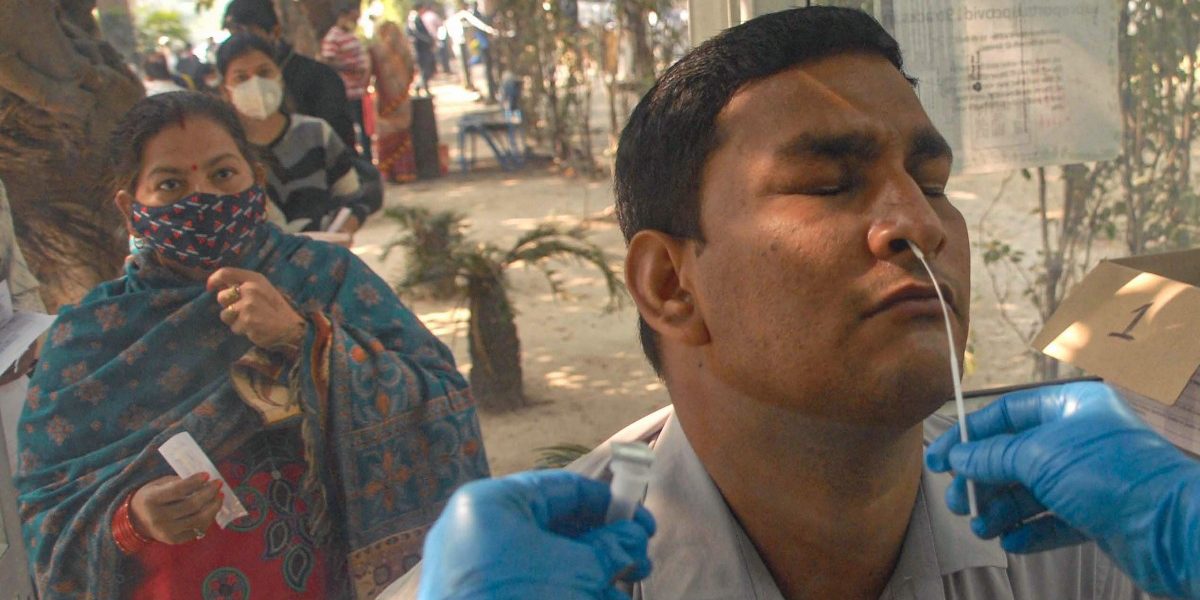 "Delhi has witnessed a huge surge in daily active cases which is likely to worsen over next few weeks", India's Health Minister Harsh Vardhan said in a tweet on Sunday.

The central government had assured him that more than 700 intensive care unit beds would be made available to cope with the rise in coronavirus cases, Delhi Chief Minister Arvind Kejriwal said after meeting Home Minister Amit Shah.

The national capital had recorded its highest single-day spike of 8,593 COVID-19 cases on Wednesday. A day later, Delhi touched another grim benchmark as 104 died in 24 hours.

The numbers had stayed around 3,500 over the last days, as testing figures had halved. On Monday, the number of new cases dipped below 30,000, to a four-month low.

Earlier, the government, in line with the Centre's guidelines, had allowed 200 people to attend the event. The Delhi CM also asked the Centre to immediately intervene in the matter of pollution and to instruct to the neighbouring states to take serious steps to stop the stubble burning.

Confirming that shopping during festivals brought Delhi to its knees, Kejriwal said, "We are sending a general proposal to the Central government so that, if required, the Delhi government can shut down those markets for few days where norms are not being followed and they are becoming local COVID-19 hotspots". Now it's being withdrawn & only 50 people will be allowed. But now we have chose to go back to the earlier limit of 50 people. "The decision has been sent for LG's approval", Kejriwal said.

During the media briefing on Tuesday, Kejriwal thanked the central government for helping people of Delhi in "such hard times" and appealed to Delhiites with folded hands to wear masks and follow social distancing norms.

A healthcare worker wearing personal protective equipment (PPE) collects a swab sample from a man, as others stand in a queue amidst the spread of the coronavirus disease (COVID-19), at a wholesale market, in the old quarters of Delhi, India, November 17, 2020. "That is why we took a slew of decisions including ramping up oxygen (supply) and ICU beds, doubling testing to 1-1.2 lakh per day", he added.

Appreciating the Centre, Kejriwal said, "I want to thank Centre for helping Delhi in this hard time". It noted that winter-related respiratory problems and air pollution will contribute to the rising graph.