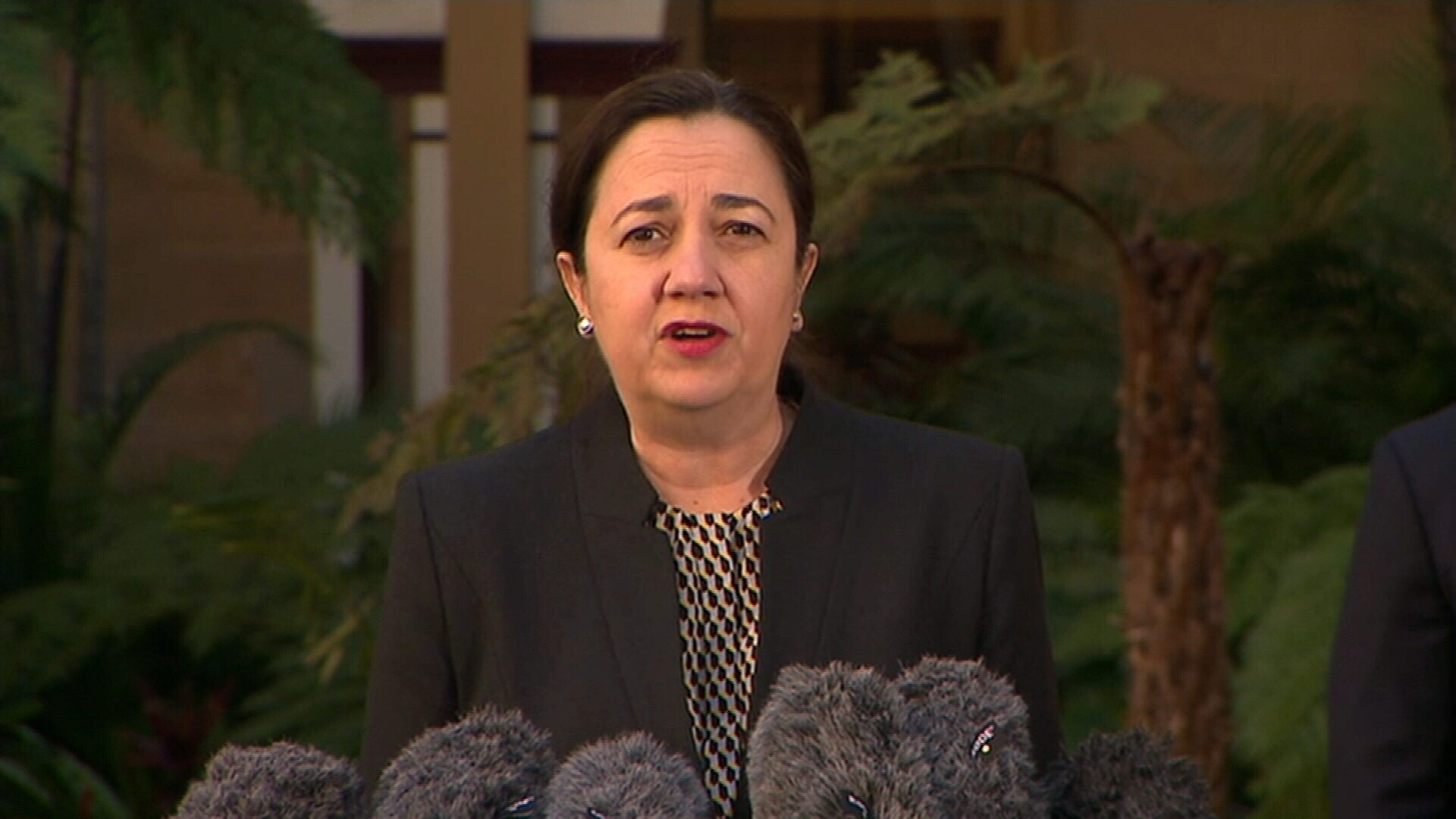 The Queensland Government has locked down 94 aged care homes in Brisbane's metro south area in a pre-emptive move to protect elderly residents from the risk of community transmission as the state recorded three new coronavirus cases yesterday.

Over 10,000 coronavirus tests have been conducted in Brisbane in the last 24 hours.

Her husband is believed to have caught the virus from relatives who visited the Madtongsan IV Korean restaurant at Sunnybank on July 23, when one of the women was there.

The trio have since been charged with one count each of providing false or misleading documents and fraud after allegedly providing false information on their border declarations.

Two of them tested positive eight days later, sending parts of Brisbane into lockdown and sparking fears of a second wave in Queensland.

"I want Queenslanders to really think about social distancing", she said.

Olivia Winnie Muranga, 19, flew into Brisbane on July 21 with Diana Lasu and an unidentified friend - allegedly getting around the Queensland government's ban on Victorian travellers by transiting from Melbourne via Sydney.

Before that, she had allegedly gone to work for two days at Parklands Christian College in Park Ridge, south of the city before calling in sick.

All staff and residents are now on red alert and have been told to get tested immediately.

"(She) took immediate action to be tested and self-isolate once she became aware of potential exposure", the statement said.

"Restricted regions are in which, if individuals have any symptoms whatsoever, they ought to instantly have tested", Dr Young said.

"The investigation into the three women who have returned from Victoria into Queensland has obviously resulted in charges", Police Commissioner Katarina Carroll said.

"What is happening in Victoria could very well happen here", she said.

The women are all now in quarantine and will appear in the Brisbane Magistrates Court on September 28.

Deputy Commissioner Steve Gollschewski said police had high confidence they had all the details and information they needed in relation to the case. "We are still working with the third person (to ensure contact tracing)".

Ms Palaszczuk warned there would be delays at the border in coming days when Queensland shuts greater Sydney out from 1am on Saturday.