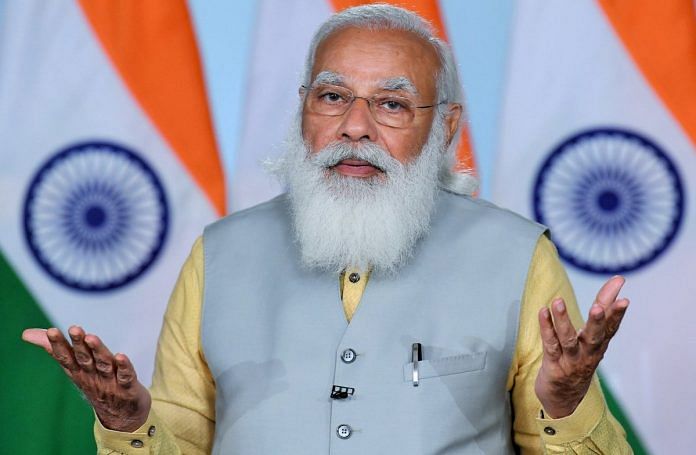 As infection numbers continue to spiral, five Indian states are in the middle of local elections, with thousands of people thronging to campaign rallies.

With 103,558 new infections, India has now reported 12.6 million cases, the highest after the U.S. and Brazil, data from the health ministry showed.

Registering a steady increase for the 25th straight day, the number of active cases surged to 6,91,597, accounting for 5.54 per cent of the total infections.

The 1-lakh mark was breached on the day Prime Minister Narendra Modi chaired a review meeting and directed senior officials to send teams comprising public health experts and clinicians to Maharashtra, Punjab and Chhattisgarh, which have emerged as the worst-hit in terms of mortality over the last two weeks.

With 103,558 new infections, India has now reported 12.6 million cases, the highest after the United States and Brazil, data from the health ministry showed.

According to the ICMR, 24,90,19,657 samples have been tested up to April 4 with 8,93,749 samples being tested on Sunday. It is to mention that a total of 771 cases of coronavirus variants detected across 18 states in the country, said the Union Health Ministry. The 10 high burden States and UTs are contributing 91.4 per cent of total cases and 90.9 per cent of total deaths in the country.

So far, 7,59,79,651 doses of the corona vaccine have been administered in the country since the drive began on January 16 after the approval for Covishield and Covaxin. But the shots have been slow to reach India's almost 1.4 billion people.

In a release issued during the day, the state government said 2,28,674 people were given the first dose of vaccine against Covid-19 and 17,362 people above the age of 45 were given the second dose on Saturday.