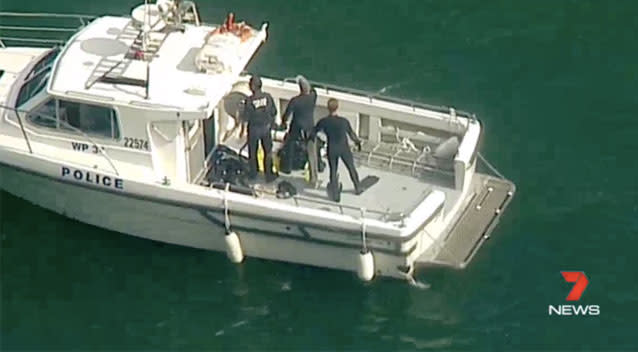 "We have spoken to a number of witnesses", Acting Superintendent Michael Gorman told reporters, adding that forensic police would inspect the plane to assess when it could be raised from the seabed.

Mr Cousins led Compass over the past 11 years after his decision to quit as senior independent director of supermarket giant Tesco. The stock has rallied about 500 percent during his more than 11 years at the helm.

Sydney Seaplanes, which runs the Seaplane flights, said it suspended operations until further notice. Harvard Business Review reportedly had named Cousins as one of the world's best-performing CEOs.

Paul Walsh, Compass Group Chairman, said: "We are deeply shocked and saddened by this awful news".

"Richard was known and respected for his great humanity and a no-nonsense style that transformed Compass into one of Britain's leading companies", Paul Walsh, chairman of the United Kingdom -based catering company, said in a statement.

Detective Superintendent Mark Hutchings from the NSW Police Marine Area Command said authorities have been in contact with the United Kingdom but formal identification by the coroner was ongoing.

"These people had come over on holiday to one of most lovely parts of world and for this to happen at a place like this is just tragic", he said.

It is with deep sadness that we can confirm that our Group Chief Executive, Richard Cousins and four members of his close family have died in a plane accident in Australia on 31 December 2017.

Cousins and his entourage were returning from a riverside restaurant north of Sydney to tourism operator Sydney Seaplanes' headquarters in the east of the city when the plane they were traveling in crashed and immediately sank in more than 40 feet (13 meters) of water.

Prime Minister Malcolm Turnbull earlier offered his condolences to the families of those killed in the crash.

Police are working with the Australian Transport Safety Bureau to determine the cause of the crash.