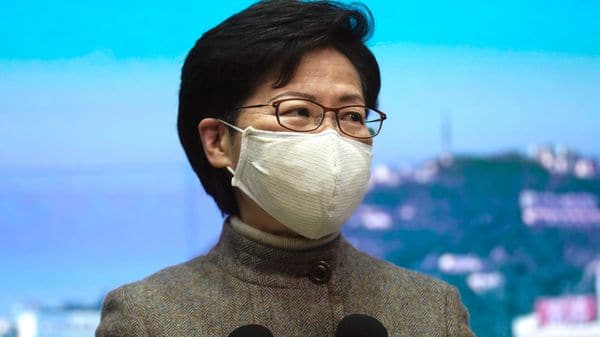 Hua said besides administration officials, usa congressional members and the staff of non-governmental organizations (NGOs), and their immediate family members, will also be sanctioned. Secretary of State Michael Pompeo announced that the USA would sanction the officials as part of President Donald Trump's executive order on Hong Kong normalization.

China will impose sanctions on US officials who displayed "nasty" behavior over the issue of Taiwan, the Chinese foreign ministry said on Monday, according to CNBC's translation.

The move comes days after the United States eased restrictions on contacts between American and Taiwanese officials.

Hua said on Monday that China had "already decided" to impose sanctions before Craft's trip to Taiwan was canceled.

On Saturday, the Hong Kong government slammed the sanctions as "insane, shameless and despicable" - one of a host of recent statements from the business hub's authorities that channel the rhetoric used by the authoritarian mainland.

Noting that Hong Kong is China's Hong Kong, and Hong Kong affairs are entirely China's internal affairs, Hua said the US side must immediately cease interfering in Hong Kong affairs, interfering in China's internal affairs and endangering China's national security under various pretexts. It's the latest move by Washington to punish Beijing after it imposed a controversial national security law in the former British colony last June.

U.S. Secretary of State Mike Pompeo announced sanctions against Chinese and Hong Kong officials over the Hong Kong mass arrests Friday, describing the arrests as "yet another stark example of Hong Kong's freedoms and democratic processes being fundamentally undermined" by the Chinese government.

China today likened outgoing Secretary of State Mike Pompeo to a "praying mantis" in a colourful condemnation of the latest U.S. sanctions sparked by the mass arrest of Hong Kong pro-democracy activists.

Asked at a daily news briefing how China would follow through on its pledge to make the United States "pay a heavy price" for its engagements with Taiwan, ministry spokeswoman Hua Chunying said some USA officials would face sanctions. The excuse that the USA uses to sanction the officials was "lame" and "could hardly stand up to challenge", it added.

But the news media is in a crisis of its own.