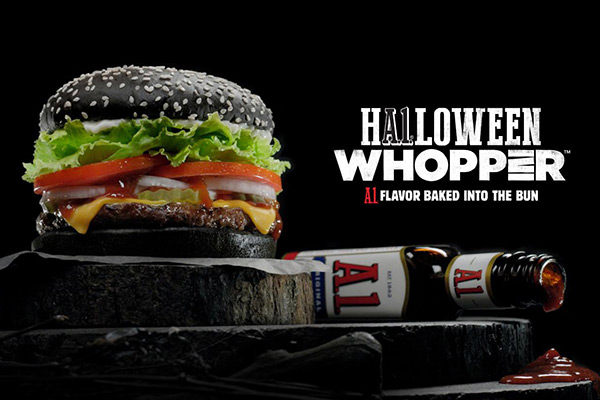 Those who drooled over the original will be sad(der) to know that the American version will not have the black cheese or squid ink sauce of the Japanese version, making it but a pale(r) imitation of something truly magnificent.

The burger will have a pitch-black bun, just like its predecessor, but will be infused with an eerily familiar American flavor: A.1. sauce. Not surprisingly, the buns will reportedly roll out around Halloween time as part of a promotional campaign.

If so, you better also be huge smash with curious consumers that it's going to make the leap from overseas sensation to domestic artery clogger.

Burger King is bringing its black burger to the USA, and it's got a Halloween twist.

Apparently, baking A1 Steak Sauce directly into the bread gives the bun a distinct black appearance, so you won't find any ink in your Halloween Whopper.

Burger King will offer the "Halloween Whopper" starting September 28 for $4.99.