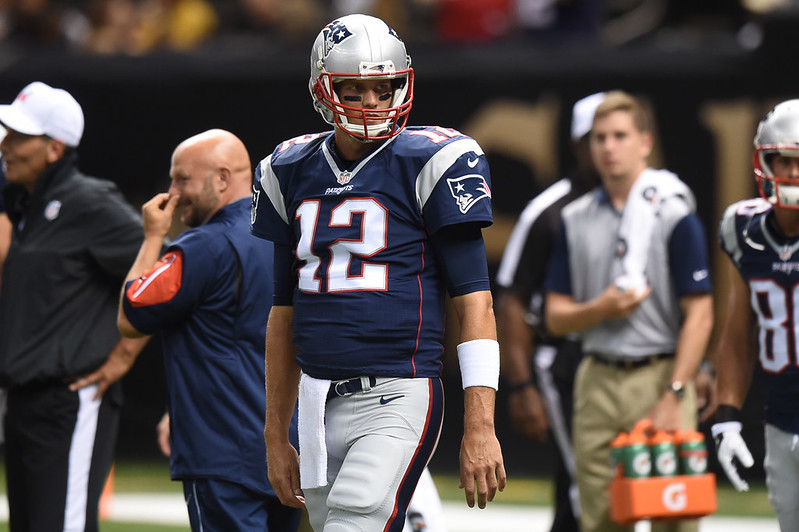 New England Patriots star Tom Brady on Wednesday lost a bid to have a US appeals court reconsider his four-game suspension, in what could be the quarterback's last chance to avoid punishment over the "Deflategate" scandal. A report surfaced Wednesday that Brady is expected to take his case to the U.S. Supreme Court, which would be the QB's final course of action in attempting to overturn his suspension.

The United States Supreme Court is the last option for Brady, according to sports law professor Michael McCann.

As it stands Brady will be unavailable for the season opener at the Arizona Cardinals as well as the home games against the Miami Dolphins, Houston Texans and Buffalo Bills, with Jimmy Garoppolo poised to deputise.

Brady would be eligible to return in Week 5 on October 9 against the Cleveland Browns.

After three months, league investigator Ted Wells found that the Patriots intentionally used underinflated footballs in the game and that Brady was "at least generally aware" of the scheme. Brady was asking for the full 2nd U.S. Circuit Court of Appeals to hear the case.

Brady can still appeal to the U.S. Supreme Court, but it accepts to review only a small fraction of cases it considers.

Patriots owner Robert Kraft did not appeal the $1 million fine and the loss of a first-round pick in the 2016 draft and a fourth-rounder in 2017 as part of the penalties.

The request for a rehearing by Brady and the National Football League Players Association had been considered a long shot because the appeals court rarely grants them.

Brady appealed - first within the league, and Goodell affirmed the decision.

On September 3rd of 2015, Judge Richard M. Berman vacated the four-game suspension due to "legal deficiencies".

Jul 14 2016
Father of missing girl pleads for her return