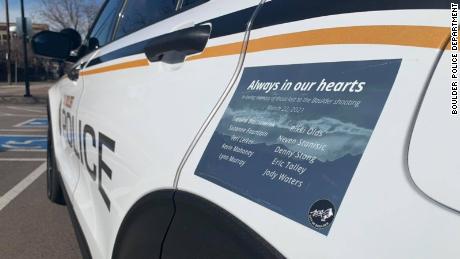 According to survivors in the Boulder, Colorado grocery store at the time of the shooting which took place earlier in the week, the accused mass murderer Ahmad Al Aliwi Al-Issa is said to have been laughing as he carried out his killing spree.

The police chief further confirmed the Ruger AR-556 - an AR-15 style, semi-automatic pistol - found at the scene was legally purchased by the gunman.

Officials in the Colorado city asked participants to observe 10 minutes of silence and leave a candle or light in front of their homes at 8pm to honour the 10 people who were killed in the attack at the King Soopers store.

The 21-year-old suspect has been charged with 10 counts of first-degree murder.

"Like the rest of the community, we want to know why".

"We can not do anything until we are able to fully assess Mr. Alissa's mental illness", she said. 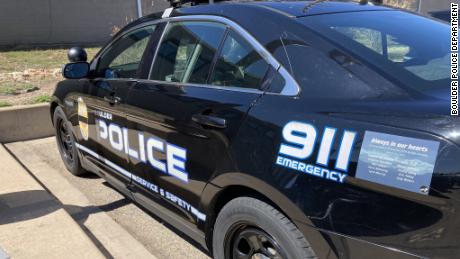 Alissa did not use a handgun also in his possession, they said.

The Boulder Police Department announced Tuesday that it has put the names of those who died in the shooting on decals on its vehicles.

Asked whether authorities suspected any link to worldwide terrorism, the DA said investigators were looking into all aspects of Alissa's background. He is being held without bail and is due to undergo a mental health examination. "Ensuring every sale that occurs at our shop is lawful, has always been and will always remain the highest priority for our business", Eagleton wrote.

Dougherty said federal agents were investigating the two guns recovered from the shooting and other weapons linked to the suspect, while a large forensics team continued to process the sprawling crime scene inside the supermarket.

Alissa did not enter a plea at a court hearing on Thursday.

"Regarding the firearm in question, a background check of the purchaser was conducted as required by Colorado law and approval for the sale was provided by the Colorado Bureau of Investigation", he added.