Attacks on Muslims as murdered teacher is mourned 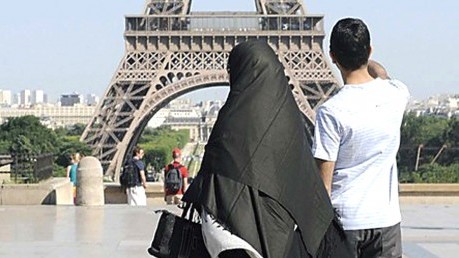 This incident of the attack is being reported on Sunday night.

According to a report from newspaper Le Figaro, the incident had been spread on social media "tens of thousands of times" by many who claimed the media were not talking about it after the recent beheading of teacher Samuel Paty, who was killed for showing Mohammed cartoons to his students.

Two women were stabbed in front of the Eiffel Tower in Paris on Sunday after a dispute in what is being labelled as some as an Islamophobic attack following the murder of teacher Samuel Paty.

Two Muslim women were attacked by female suspects on Tuesday, with one of them getting stabbed six times in the altercation.

The victims - recognized exclusively by their first names, Kenza and Amel - advised French media they have been attacked by two different ladies after asking the women to manage their canines as they walked by the Paris landmark.

Members of France's five million plus Muslim community have complained of "Islamophobia" caused by a clampdown on mosques and Muslim organizations.

"On October 18, at around 8pm, the police intervened following an emergency call from two women wounded by knives on the Champs-de-Mars' - the Field of Mars by the Eiffel Tower", the police said. At the level of the Eiffel Tower there is a small, rather dark park, we took a little tour of it.

A relative of the victims told AJ+ that the women were called "d**** Arabs" and were insulted for wearing a veil.

The Paris prosecutor's office has confirmed that they have opened an investigation for attempted homicide.

The women were stabbed repeatedly by two other women of "European appearance", who reportedly shouted "dirty Arabs" and "Go home to your own country" during the attack.

A row broke out when their owners refused to put them on a lead. 'One of the two took out a knife, she slashed me on the skull, on the back on the ribs and there was a third blow on the arm, ' said Kenza.