Astronomers Discover the Most Distant Dwarf Planet in the Solar System 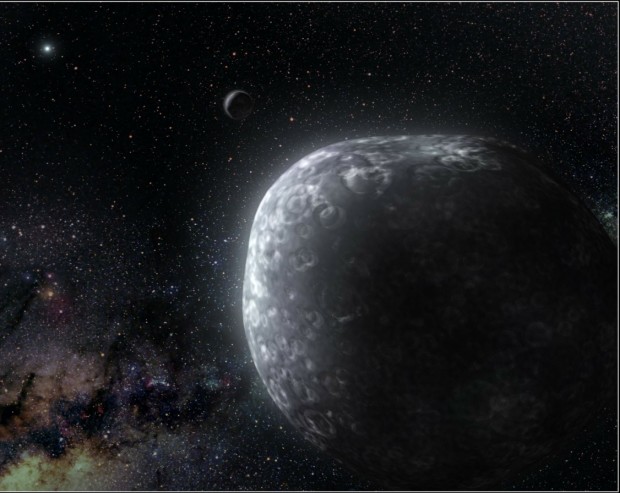 The rocky world is actually three times as far as dwarf planet Pluto - considered the last planet in the solar system before being downgraded by astronomers in 2006. The object, called V774104, is over 15.4 billion km (9.6 billion miles) from the sun and could be as wide as the state of Texas.

The discovery of the dwarf planet known as V774104 was announced Tuesday at a meeting of the American Astronomical Society near the United States capital and could indicate the presence of more rogue planets in our celestial neighborhood.

Scott Sheppard, an astronomer at the Carnegie Institution for Science in Washington, announced the discovery and said its orbit remains unknown, for now.

Sedna and VP113 are the only known objects in the Solar System with orbits that can not be explained by current models. Bodies in this primordial realm travel orbits that have remained undisturbed for billions of years.

The object's extreme perch - beyond the edge of the Kuiper belt (home to Eris and Pluto) and into the inner fringes of the next part of the Solar System, known as the Oort cloud - suggests that it could be of scientific significance.

"There's no reason to be excited yet", says Michael Brown, a planetary scientist at the California Institute of Technology in Pasadena.

"We don't know of any other objects that are this far away from the sun", Sheppard said.

Sheppard explains that objects in the inner Oort are much more intriguing for scientists than those within the Kuiper Belt because they are too distant to have ever been influenced by Neptune's gravitational pull. Learning more about objects such as V774104 will provide clues as to whether there are larger, undiscovered planets that occupy our solar system.

Trujillo and Sheppard discovered the object using the Subaru Telescope, an 8.2-meter flagship telescope of the National Astronomical Observatory of Japan, located at the Mauna Kea Observatory in Hawaii. The body is probably well over 500 kilometres - perhaps 800 kilometres - across. Sheppard and his colleagues are continuing their survey of the solar system's edge, and they expect to have a much better fix on V774104's orbit a year from now.