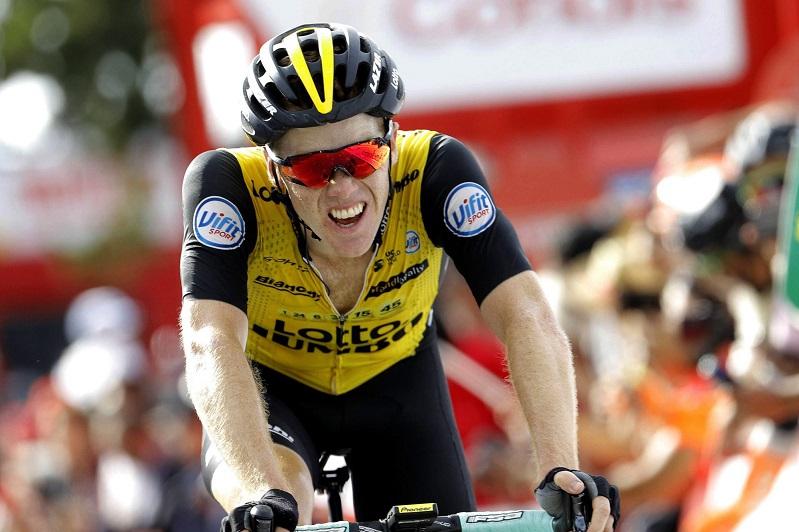 The Giro d'Italia was thrown into chaos on Tuesday (Wednesday NZT) when two full teams, another overall contender and one more elite rider withdrew from the cycling race following a series of positive tests for the coronavirus.

"Upon receiving the results, Mitchelton-Scott immediately withdrew its team from the race and will focus on the health of its riders and staff and their safe movement to areas of quarantine", RCS said in a statement.

Indeed, Yates's Mitchelton-Scott team chose to pull out on Tuesday after four members of the team staff tested positive for the coronavirus too.

Jumbo-Visma, whose leader Steven Kruisjwijk tested positive, said they would not start the 10th stage on Tuesday.

"As a social responsibility to our riders and staff, the peloton and the race organisation, we have made the clear decision to withdraw from the Giro d'Italia". All are reportedly asymptomatic and have been placed in isolation, with the organisers of both events RCS Sport claiming that the officers were specifically tasked with covering the Giro-E, which finishes an hour before the main Giro each day.

"Within the team we take a lot of measures to avoid contamination", a statement from Kruijswijk read. Jumbo-Visma then announced minutes before the stage started that it was withdrawing the rest of its team, too.

Slovak Sagan led from the front, finally shaking off his rivals 12km from the finish line to cross alone 19sec ahead of American Brandon McNulty with Portugal's pink jersey wearer Joao Almeida third at 23sec.

"This morning, all of the teams with positive cases were given new, rapid tests and we'll do that again tomorrow", Vegni said.

The race is due to finish in Milan on 25 October but Belgian rider Thomas De Gendt told broadcaster Sporza before stage 12 on Thursday that he did not "feel like riding" because of coronavirus fears.

The Giro was already rescheduled from its usual May slot because of the coronavirus pandemic.

"I heard from a guy from (Deceuninck) Quick Step they had exactly the same, this guy sent me a movie from their dining hall and also Mitchelton-Scott were there. for me there's no doubt were he (Simon Yates) got the virus".

However, the resurgence of COVID-19 in Europe has forced local authorities and organizers to cancel races, such as the Netherlands' Amstel Gold Race, which had been scheduled for Saturday, and Paris-Roubaix, the "Monument" classic that was due to be raced on October 25.