After meeting the presidents, Big Ten football is still active 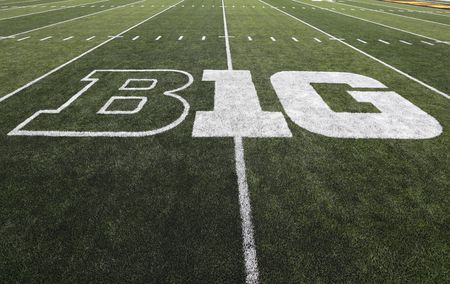 A potential start date of October 17 is one option being discussed, according to sources, and likely would allow Big Ten teams to complete the regular season before the College Football Playoff selections are made. ESPN previously reported that a vote to bring back the football season postponed by coronavirus was likely, while Big Ten commissioner Kevin Warren has said the conference would not reconsider the decision.

A person with direct knowledge of the situation told The Associated Press that the full Council of Presidents and Chancellors heard from all the subcommittees of the conference's Return to Competition Task Force over 2 1/2 hours. Advertisement Sources told the Milwaukee Journal Sentinel that rapid testing has been an important factor leading the potential reconsideration. The vote breakdown was revealed Monday, Aug. 31, 2020, in the Big Ten's court filing in response to the lawsuit.

The Big Ten on August 11 canceled fall sports, with the possibility of playing in the spring, due to the coronavirus pandemic.

The Milwaukee Sentinel Journal reports "people familiar with the decision have transitioned from hopeful to confident the league's football teams will play in 2020".

UW athletic director Barry Alvarez, the chair of the conference's return-to-competition task force, said on his monthly radio show Wednesday that he and Badgers coach Paul Chryst agree that three weeks would be enough time to prepare the team for a season.

It's unclear what it will mean if more than eight but fewer than 14 Big Ten schools vote to play. UW isn't releasing testing numbers for each team, but the university shared this week that 83 of the 734 student-athletes who have returned to campus since June have tested positive for COVID-19. Two ACC games, both involving Virginia Tech, have been postponed as college football got underway this week.

The Big Ten was the third FBS conference and first Power Five league to cancel the fall season. Those wouldn't be available for a season starting October 17.