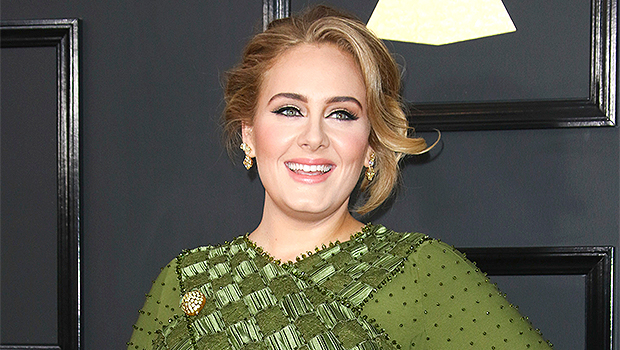 It's been nearly five years since Adele broke the record with her last album, '25 ', and there have been a lot of red herringings about when the actual follow-up will be released. "I'm Adele, and I'm hosting Saturday Night Live this week with musical guest H.E.R".

Adele shared a photo of herself preparing for her SNL performance.

And while fans will be sad if they don't get to hear the Oscar-winning songwriter's three-octave mezzo-soprano pipes, she is "beside herself" that R&B songstress H.E.R. will perform her new single Damage.

"From the movies, there is some confusion concerning that Adele is talking about when she states'H.E.R.', also Adele does a fairly remarkable American accent in reaction to McKinnon's, er, fascinating" British" one.

Adele, who has not released an album since 25 in 2015, also teased a musical appearance in the amusing clip.

McKinnon was first to do an impression of Adele's accent, saying: "So tune in, it's fit to be wicked", before confessing: "I'm sorry, bad idea, that was a bad idea, fail". And also totally terrified!

She took to Instagram to give fans a glimpse of the behind-the-scenes work going on, teasing "3 days to go".

She writes "Bloooooody hellllll I'm so excited about this! My first ever hosting gig and for SNL of all things!" she gushed on October 18. I love her SO much I can't wait to melt into a flaming hot mess when she performs, then confuse myself while I laugh my arse off in between it all.

"I always wanted to do this as a stand-alone moment, so I could roll my sleeves up and throw myself into them completely, but the time was never right".

Are YOU excited for Adele's SNL debut? "But if there was ever a time for any of us to jump head first into the deep end with our eyes closed and hope for the best it's 2020 right?" she added, reminiscing about her debut as musical guest back in 2008!

See you next week.