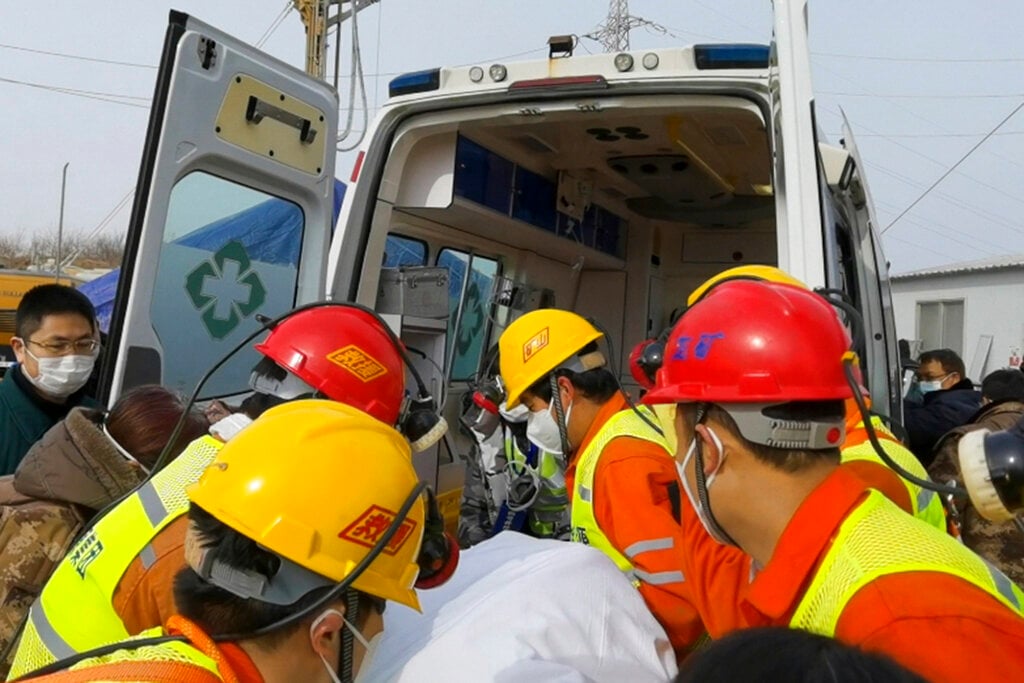 "Along with one miner who died on Thursday, the bodies of the nine deceased miners were all lifted out of the mine".

Chinese rescuers pulled 11 gold miners to safety on Sunday with majority in good condition after 14 days trapped underground after an explosion, but 10 colleagues were still unaccounted for, state media reported.

State broadcaster CCTV showed workers being hauled up one-by-one in baskets this afternoon, their eyes shielded to protect them after so many days in darkness.

Chen Yumin, director of the rescue group, said there were two explosions about an hour and a half apart, with the second explosion causing more damage.

Rescue efforts have been sped up significantly, as a tunnel that was being bored out to reach the trapped miners was expected to take weeks to dig.

The blast at the Hushan mine in Shandong province sealed the workers underground on January 10.

Onsite workers had previously estimated that it would take at least two weeks to reach the trapped miners, also hampered by high levels of underground water.

Search efforts will continue for the remaining miner until he is found, said Chen Fei, the mayor of Yantai city, where the mine is located.

The head of the rescue team Chen Yumin said it appeared all nine miners had been killed by the impact of a secondary explosion in the mine on Jan 10 as they tried to climb up to the mine entrance to escape.

Chinese rescuers had only managed to make contact with 10 of the miners.

Rescuers hope to save all ten miners in the first group on Sunday after the air ventilator shaft was cleared, the official state news agency Xinhua reported, citing the operation's command centre.

One of them was seriously injured in the initial explosion and died after falling into a coma.

For several days there were no signs of life, but then on January 17, rescuers felt a pull on one of the ropes they had lowered into the mine.

Rescuers were able to lower medicine, food and liquids to the miners, as well as thermometers and blankets.

Last years there were 573 mining-related deaths last year, compared with about 5,000 fatalities 20 years ago, according to the National Mine Safety Administration.