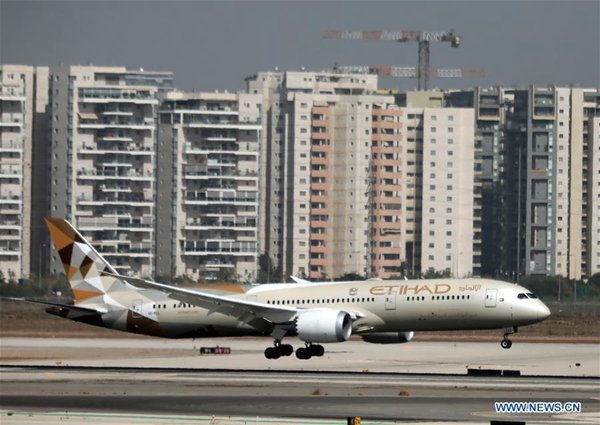 Obaid Humaid al-Tayer, the UAE's financial affairs minister, who is heading the delegation with the economy minister Abdullah bin Touq al-Mari, said the Emirates wanted to create legal frameworks "to achieve prosperity for both our economies and our people".

Israel now has normalization agreements with four Arab countries, Egypt, Jordan, Bahrain and the UAE, but so far only the latter has agreed to allow Israelis to visit without a visa.

"Today, we are making history in a way that will stand for generations", the right-wing premier said of the Israeli-UAE accord, which has been angrily denounced by the Palestinians. In the weeks since, the two countries have signed a raft of business, banking and intergovernmental agreements, along with an end to a longstanding boycott by the UAE against Israel.

The UAE, the USA and Israel sent out a joint statement earlier in the day announcing the establishment of a $3 billion regional development fund based in Jerusalem.

"The visit of such a high-level delegation from the UAE, and the agreements we are about to sign, will show our peoples, the region and the entire world the benefit of having friendly, peaceful, normal exchanges", he said.

"The signing of the agreement is really good news for academia and the Israeli innovation industry". The Palestinians, however, regretted this first official visit by the UAE and called it "treason". "Along with the United States, Israel and the UAE share a similar outlook regarding threats and opportunities in the region".

The delegation also met with members of the Agricultural Research Organization, the Volcani Center, as well as companies in the fields of milk production, water and digital agriculture.

With their economies hard-hit by the coronavirus pandemic, the UAE and Israel are hoping for rapid dividends from the normalisation deal - which broke years of Arab consensus that there should be no relations with the Jewish state until it makes peace with the Palestinians.

Announced on August 13, the Abraham Accords is the first between a Gulf state and Israel and is expected to lead to similar agreements with other Arab countries, possibly Oman or Saudi Arabia.