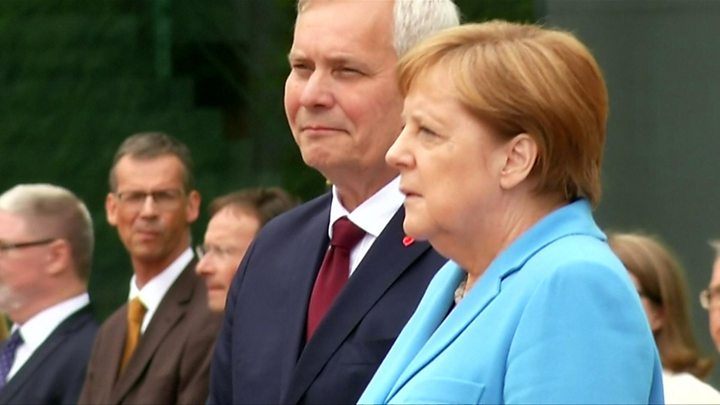 "I am fine", Merkel said after her meeting with Rinne.

Angela Merkel was filmed shaking for the third time in under a month on Wednesday as she met with the Finnish Prime Minister in Berlin.

A source close to the government had said the cause of the repeat shaking was now psychological, with memories of the first incident provoking renewed trembling at events with similar settings. "I am feeling very well, and there is no reason for concern", she said on Wednesday.

In the United States, portions of the results of the president's annual medical examination is traditionally made public, but in Germany, political leaders are generally expected to enjoy more privacy around their health. "I have recently said that I am working through what happened during the military honors with President Zelensky".

Ulrike Demmer, a deputy government spokesperson, largely batted away journalists' questions on Wednesday but said that the 64-year-old has "kept all her appointments over the last three weeks and is in good form".

On June 27 she gripped her trembling arms and pursed her lips at a ceremony in Berlin - nine days after footage emerged of her shaking for a whole minute.

The chancellor has a reputation for stamina garnered in years of late-night domestic and European negotiating marathons.

Merkel has rarely had to cut back her work schedule significantly - though she did so for a few weeks in 2014 when she cracked her pelvis while cross-country skiing in Switzerland during a winter vacation.

As to what that "process" is, she didn't elaborate, but insisted the was "convinced that I am quite capable [of doing my job]". She has shown no sign since of wanting to give up the chancellorship before her term is up. She is due to step down from her post when her term ends in 2021.